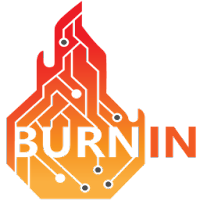 PassMark BurnInTest is computer stability and reliability testing software for Windows and Linux. It is a tool that heavily loads all the major sub-systems of a computer with the aim of fully exercising the hardware in a computer in a short period of time.
The program tests your CPU, hard drives, RAM, CDs, CD and DVD burners, sound cards, 2D graphics, 3D graphics, network connectivity, printers, and video playback.
BurnInTest will bring intermittent or subtle problems to the surface. After the computer is successfully turned on, you can use it with a higher level of confidence. BurnInTest can also be used by overclocking professionals to check system stability at high clock speeds.
PassMark BurnInTest is a software tool that allows all major computer subsystems to be simultaneously stress tested for endurance, reliability and stability.
PassMark BurnInTest Features:
BurnInTest's Maximum CPU Temperature Test is a vital tool for PC enthusiasts and overclockers looking to check the reliability and stability of their CPU and cooling systems with a heat-generating torture test.
Self-employment
BurnInTest can be made into a bootable solution from a USB drive, optical disc, or PXE bootable (using PassMark WinPE Builder)