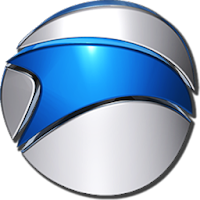 SRWare Iron is a free and open source web browser of the future, based on the free source code "Chromium". This browser offers the same features as Chrome, but without the critical points of privacy.
SRWare Iron is primarily intended to eliminate usage tracking and other privacy-shattering functions that are included in the Google Chrome web browser.
Although Iron does not provide additional privacy compared to Chromium, it does disable some configurable Chromium features that can share information with third parties.
Google Chrome is pleased with a very fast site display, elegant design and innovative features. But it's also under fire from data protection professionals, for reasons such as creating a unique user ID or submitting entries to Google to generate suggestions. SRWare Iron is a real alternative.

Comparison between SRWare Iron and Google Chrome in Privacy:

Installation ID - not found in iron

The copy of Google Chrome includes the generated installation number that will be sent to Google after installation and first use. It is deleted when Chrome checks for updates for the first time. If Chrome is received as part of a promotion, it may generate a unique promotion number that is sent to Google on first launch and first use of Google Chrome.

Suggested - not found in iron

Depending on the configuration, every time you put something in the address line, that information is sent to Google for suggestions.

Depending on the configuration, if you type a wrong address into the address bar, this will be sent to Google and you will receive an error message from the Google servers.

Error reporting - not found in iron

Depending on the configuration, send details about malfunctions or failures in Google servers.

RLZ Trace - Not Found in Iron

The Chrome function transmits this information in encrypted form to Google, for example, when and where Chrome was downloaded.

Google Updater - Not found in Iron

Chrome installs an update tool, which loads into every Windows system in the background.

URL-Tracker - Not found in Iron