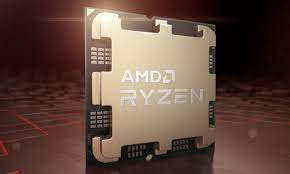 A performance test leaked in the BaseMark database allowed us to see the performance of the Ryzen 5 7600X, a highly anticipated next-generation processor that fits into the mid-range, which will use a 6-core, 12-thread configuration. This chip will be based on the zen 4 architecture, which means that:
The leak confirms that the Ryzen 5 7600X architecture sample was running on the GIGABYTE X670E AORUS Master motherboard, and that it was accompanied by an NVIDIA RTX A4000 graphics card and 32GB of RAM. The operating system used was Windows 10 Enterprise, and the processor clocked at 4.4GHz is relatively low for what we'd expect from a new generation AMD (it should go above 5GHz without any problem in its final version).
The Ryzen 5 7600X is 11.13% faster than the Ryzen 9 5950X at BaseMark
It's not one of the most popular tests when it comes to benchmarking processor performance, but it does give us an idea of ​​what we can expect from the Ryzen 5 7600X. It is important to keep in mind that this victory happens in “games” that is, in an environment where not the maximum number of cores and threads, but single-threaded performance, prevails once we reach the optimum level of 6 cores and 12 threads.
Obviously, in tests that can use all cores and threads of the processor, the Ryzen 9 5950X will be better than the Ryzen 5 7600X, because it has 16 threads and 32 cores, while the latter has only 6 cores and 12 threads. That 11.13% improvement is far from the 15% promised by AMD, but given that the Ryzen 5 7600X sample only ran at 4.4GHz, that's a pretty good result.
The new Ryzen 7000 processors, based on the Zen 4 architecture, should be presented sometime in September, and will be launched on the 15th of that month. Sale prices haven't come out yet, but we know that AMD will initially launch a total of four models: the Ryzen 9 7950X, with 16 cores and 32 threads; Ryzen 9 7900X, with 12 cores and 24 threads; Ryzen 7 7800X, with 8 cores and 16 threads; and the Ryzen 5 7600X, with 6 cores and 12 threads.
Edit This Article
Tags Tech