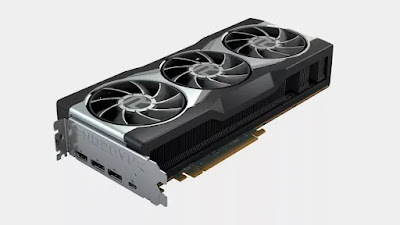 The Radeon RX 6000 series from AMD is not far behind. As we get closer to launch, it's inevitable before we see some benchmark leaks, and while 3DMark's score isn't the last word on real-world gaming performance, these scores look good for AMD.

The outcomes were posted over at WCCFTech. The site felt free to distribute a scope of 3DMark outcomes covering the three invigorated cards, the Radeon RX 6950 XT, 6750 XT, and 6650 XT.

The story is pretty much the same for the 6750 XT and 6650 XT, both seeing impressive improvements (16% and 11% increases in Time Spy separately). These are the kinds of gains that can't simply be traced back to faster memory, but perhaps when combined with higher benchmarks, board power and some driver tweaks, it's possible. It will be very interesting to see if these gains are carried over to the percentage of improvements in actual games. If they do, AMD could have a very competitive streak on its hands.

The RX 6000 series consists of three cards, the 6950 XT, the 6750 XT and the 6650 XT. They use three premium GPUs, the high-quality Navi 21, the mid-range Navi 22, and the low-range Navi 23. These cards are expected to receive faster GDDR6 memory and slightly higher TDPs allowing them to maintain higher boost hours. That's more or less what you'd expect from a middle-aged update.

Rating will be key, and that has yet to be revealed. Now that the GPU crunch generally appears to be over, and cards are close to their RRP ranges, it might be a good time to look for a GPU deal (did I just say that?).

However, the revival of the 6000 series has a very long life. We're still two months away from releasing the next generation of Ada Lovelace and RDNA 3 cards but enthusiasts definitely have one eye on them already. Don't forget that Intel's Arc series is just around the corner, too.